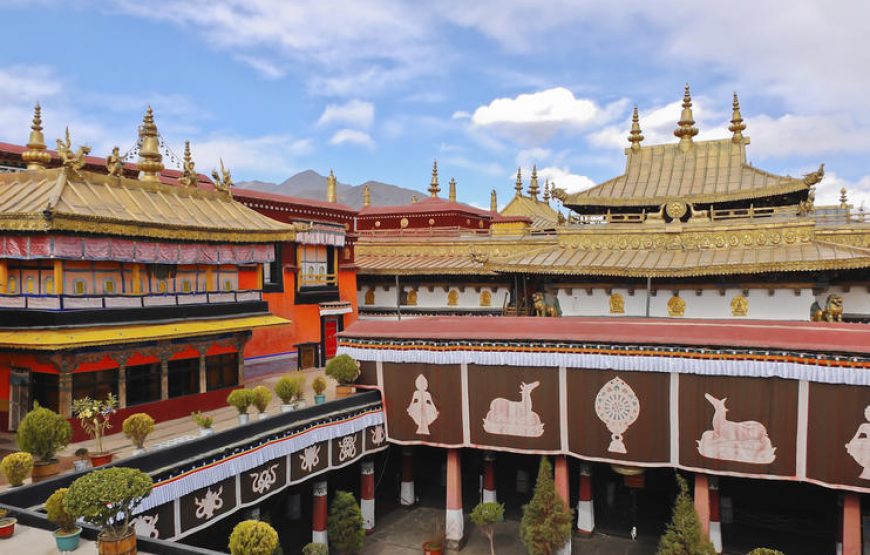 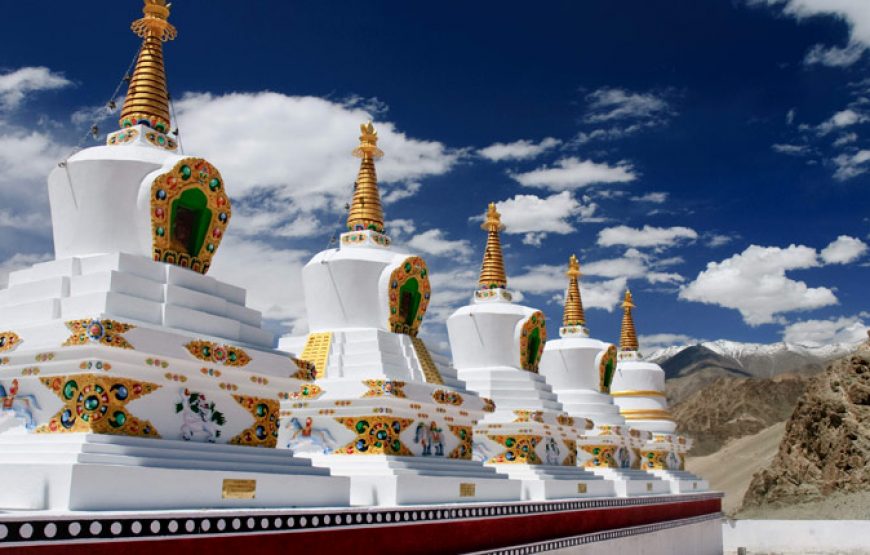 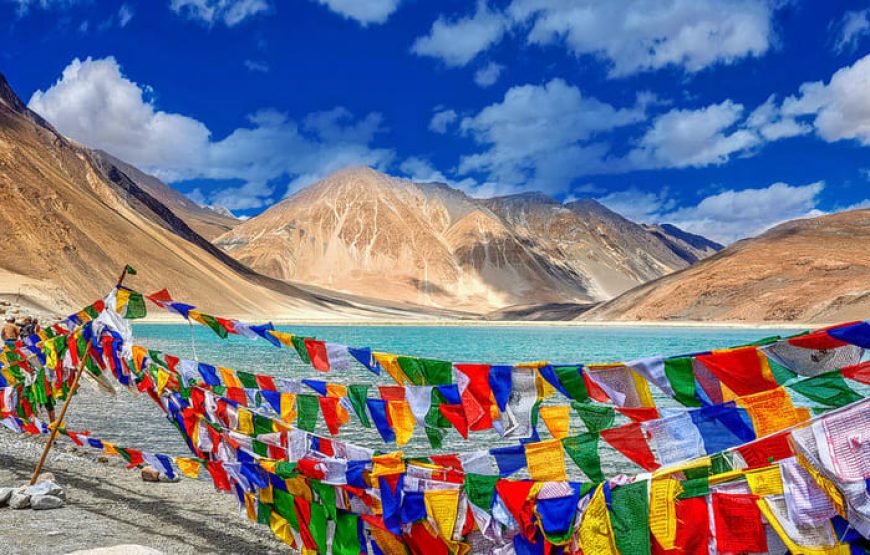 Have you ever thought of an escape which takes you completely away from hustles of the mundane life and drops you in a place where peace and tranquil weather, serene scenic beauty, admirable landscapes, and the gush of gut prevails! The one-word definition to such a place is none other than Leh Ladakh which takes its place in the Northernmost part of India. Leh Ladakh is the perfect match for all the solo travelers, honeymooners and family vacationers for it has a thrill, romance, and solitude. Make your own way to Leh Ladakh as your next vacation getaway with the most delightful Ladakh tour packages with My Trip Villa. This package is specially curated for adventurous minded people like young travellers, honeymooners & friend groups of any age who likes to enjoy a trip with full of activities.

Day 01 : Arrival Leh.
Arrival Leh, Our representative will meet, greet, assist and transfer you to Hotel in Leh. Rest of the day free to acclimatize to the high altitude of Ladakh. In the evening take a walk to the local bazaar in Leh. Overnight at Hotel in Leh.

Day 02 : Sightseeing around Leh (90 Kms round trip)
Morning after breakfast visit Hall of Fame, Spituk Monastery and Kali Mata Temple, Magnetic Hill, Gurudwara Patthar Sahib and Confluence of Zanskar - Indus rivers. Return to Leh for lunch (on own). In the evening walk to Leh bazaar where you can have magnificent views of the Leh Palace and Shanti Stupa. Dinner and overnight stay at the hotel in Leh.

LADAKH HALL OF FAME: The Hall of Fame is a glorious museum constructed by the Indian Army. It is worth a visit for every citizen. You can see the memorabilia, eminent defense personalities with biographies, images and weapons used during the Kargil and other key strategic battles fought in Ladakh. And belongings of the enemy soldiers found at war site. All the martyr and the gallantry awards. Here’s something that you will be proud of our defense personnel who sacrificed themselves so that we could live in peace.

SPITUK GOMPA: 8 Kms from Leh, it stands prominently on the top of hillock commanding a panoramic view of the Indus Valley for miles. Many icons of Buddha and fine Thankas are to be found in this 15th century Gompa. The Gompa also houses a collection of ancient masks, antique arms, and an awe-inspiring image of Mahakaal. The face of the Kali image is kept covered and is revealed only at the annual function at January every year.

MAGNETIC HILL : Defying the Law of gravity. This place is close to the Gurdwara Shri Patthar Sahib. It has been noticed that when a vehicle is parked on neutral gear on this metallic road the vehicle slides up-hill that’s the Believe it or not of Ladakh!

GURDWARA SHRI PATTHAR SAHIB: Situated 25 miles from Leh, Gurudwara Pathar Sahib stands at the place where Guru Nanak, the founder of Sikh religion and the first guru, is believed to have vanquished a demon. According to legend, during his sojourn in Ladakh, Guru Nanak was attacked by a demon. The demon threw a large boulder on the guru as he sat at the base of a hill meditating. However, the rock became soft like molten wax and failed to cause any harm to the Sikh guru. The demon was in for a surprise when he found the Sikh guru unscathed. Bristling with fury, the demon tried to crush Guru Nanak by kicking the boulder with all his might. To his surprise, the demon’s foot caused a deep impression in the boulder which had turned soft. Realizing that the man in front of him was no mortal soul, the demon underwent a transformation and stopped harassing the people. The boulder with the imprints of Guru Nanak Dev Ji and the foot of daemon still rests there. The gurudwara is maintained today by the Indian Army. It is a tradition for vehicles to stop and pay obeisance at the temple.

CONFLENCE OF THE ZANSKAR & INDUS : On way to Sham Valley before Nimu village one can have this magnificent view of two rivers in wed-lock! In seasons they have different colors and flow and wildness.

KHARDUNGLA PASS: The road journey to Nubra valley leads through Khardung La pass (The highest Motorable road in the world) 18,390 ft. around 39 Kms. Away from Leh. There are two checkpoints on the both sides of the pass. Khardong is the first village of Nubra valley at higher altitude than Deskit and other villages.

DESERT HIMALAYA ADVENTURE PARK : The Adventure Park is famous for the ATV rides over the White Sand Dunes. This is also the place where some scenes of the superhit movie Bhaag Milkha Bhaag were shot. The Adventure park has the World’s longest zipline at highest altitude. The adventure seekers can go ahead and enjoy 02 Kms ZIPLINE ride among other activities there (activities at direct payment) . The multi-cuisine restaurant serves buffet lunch at very nominal charges.

Day 04 : Nubra Sight seeing.
Morning after breakfast proceed for a visit to the White Sand Dunes at Hunder. You can enjoy the camel ride (On Own). Visit Hunder and Diskit monasteries. Rest of the day free to relax and explore the beautiful village of Diskit. Overnight at the hotel / camp.

DESKIT VILLAGE: Deskit is the main village of headquarter of Nubra valley, which has a small market consisting of a row of shops and about 500 years old Gompa on the hilltop. Spectacular view of the valley can be seen form the monastery.

DESKIT GOMPA: Deskit Gompa was founded by Lama Sherab Zangpo of Stod in about 1420 AD during the reign of King Dragspa. About 100 monks are residing in the Gompa, which is a branch of Thikse Monastery. The monastic festival called Gustor takes place on 20th and 21st days of the 12th month of Tibetan calendar.

HUNDAR VILLAGE: Hundar is a beautiful village to visit with lot of trees and you will really enjoy your brief stint at Hundar. It has a small monastery and ruined fort above the village. The walk or Camel Safari (Double Hump Bactrian camels) from Hundar to Deskit, through sand dunes for two hours is wonderful (On Own).

JOKHANG: the Ladakh Buddhist Association in 1957 built the small Gonpa opposite to SBI and known as Jokhang in the main bazaar, which is open throughout the day for visitors. The Gonpa contains statue of Joyo Rinpoche (crowned Buddha).

LEH MOSQUE: The Jama Masjid of Leh was built in 1666-67 AD under an agreement between Mughal Emperor Aurangzeb and Ladakhi ruler Deldan Namgyal. Initialy, the architecture of the mosque bore Tibetan, Central Asian and Ladakhi style. In recent years it has been reconstructed and given a new look with minarets and domes.

Day 06 : Drive to Pangong Lake (140 Km / 5 hrs drive)
Morning after breakfast drive to to Pangong Lake on the Indo China. Evening check in Camps for dinner and overnight stay.

THE PANGONG LAKE : This route takes the visitor past the picturesque villages of Shey and Thikse, and turns off the Indus valley by the side valley of Chemrey and Sakti. The Ladakh range is crossed by the Chang-la (18,000 feet / 5,475 M) which despite its great elevation is one of the easier passes, remaining open for much of the year even in winter, apart from periods of actual snowfall. Tangse, just beyond the foot of the pass, has an ancient temple.

But the main attraction of this circuit is the Pangong Lake, situated at 14,000 feet (4,267 M). A long narrow basin of inland drainage, hardly six to seven kilometers at its widest point to which foreigners are permitted, is only some seven km along the southern shore from the head of the lake, but it affords spectacular views of the mountains of the Changchenmo range to the north, their reflection shimmering in the ever-changing blues and greens of the lakes brackish water. Above Spangmik are the glacier and snow-capped peaks of the Pangong range.

Day 07 : Pangong - Leh.
After breakfast drive back to Leh taking the same route. On the way back if time permits you can stop for a visit at Thiksey monastery and Shey Palace. Arrive Leh and relax at the hotel or free for individual activities.

THIKSEY GOMPA: 19 Kms from Leh, spectacularly sited, Thiksey is one of the largest and architecturally most impressive Gompas. There are several temples in this Gompas, containing images, stupas and wall paintings of Buddha, which are exquisite.

SHEY PALACE AND GOMPA: Situated on a hillock 15 Kms upstream from Leh, it was once the residence of the royal family. According to tradition, it was the seat of power of the pre-Tibetan kinds. A 7.5 mts high copper statue of Buddha, plated with gold and the largest of its kind, is installed here.

Day 08 : Airport Departure.
Leave on time for Leh airport to board your flight to Delhi.

The Names Mentioned in the offer only indicate that our rates/quotes are based using these Hotels mentioned therein, Do not consider this as confirmation mail, since none of the hotels have been booked, Hotels will be booked only once we receive your confirmation. If at the time of operation/reservation request, the hotels envisaged are not available or sold out, we will book similar accommodation or the next best alternate available in accordance with which we will advise you the supplements or rebates if any. Rates quoted are valid for said dates only and are subject to change without any prior notice any change in the dates will reflect on the given rates.
Furthermore accommodation options in remote areas outside Leh, like Alchi, Pangong,
Tsomoriri, Dha Hanu, etc. are very basic and sometimes guests face difficulties because of the same. The guests should avoid staying at these places if they are used to good hotel/camp accommodation. We would not entertain any refund requests due to a lack of amenities/services at these places. 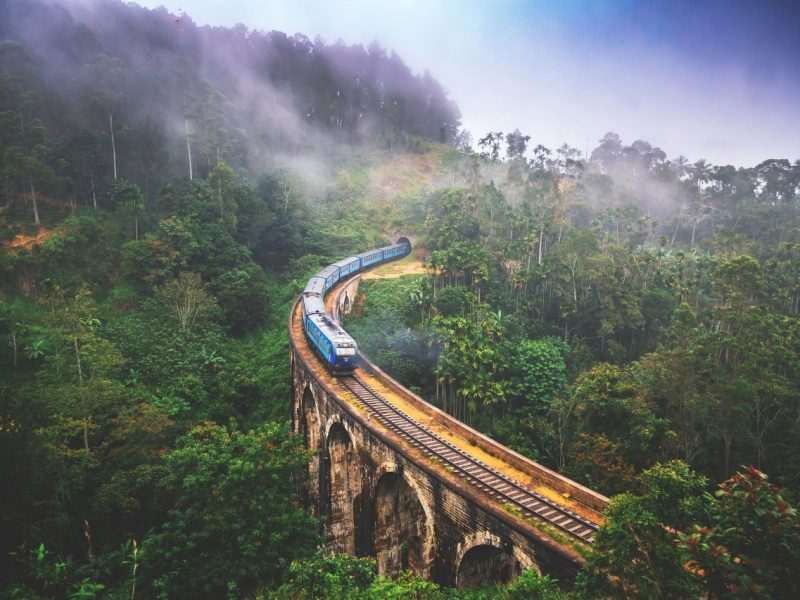 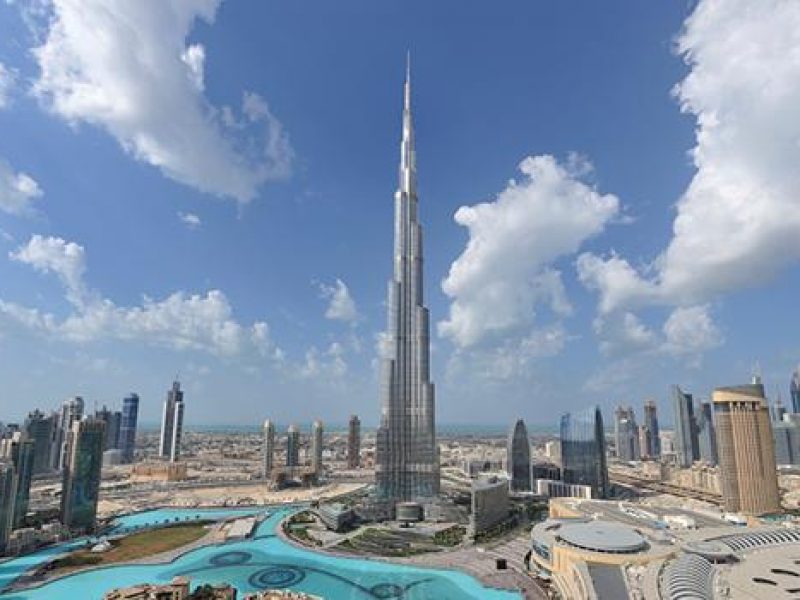